LMD Event: The Pursuit of Greatness 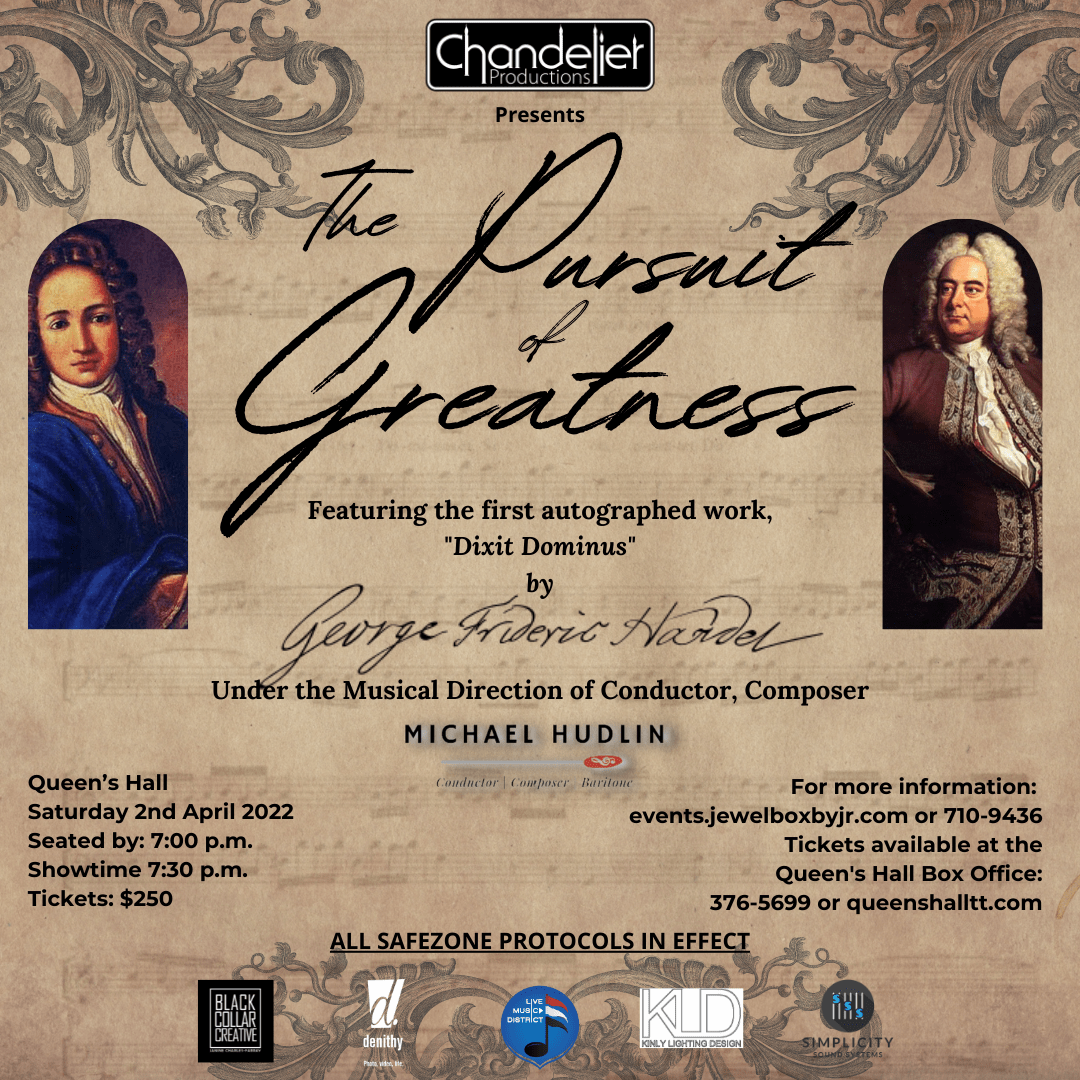 MusicTT is proud to support Chandelier Productions in the opening performance of its 2022 concert season, ‘The Pursuit of Greatness’.  This concert will be the first of three concerts to be hosted within Chandelier Productions 2022 concert season and the first concert from the T&T Tobago Classical Music community standing proudly within the lineup of Live Music District events.

‘The Pursuit of Greatness’ will take place at Queen’s Hall on Saturday 2nd April 2022, at 7:30 p.m. under the musical direction of Conductor, Composer and Eastman School of Music Masters graduate Michael Hudlin.  As a passionate, driven, and engaging musician, Michael Hudlin strives to merge his Caribbean identity with the idioms of Western Classical traditions. Thus far, he has conducted pieces by Bach, Handel, and Beethoven but also loves to direct musical theatre. As a composer he has written and performed his own works, starting with the debut of “Gloria” in 2016, and many other premiered pieces over the years. ‘The Pursuit of Greatness’ will also feature another world premiere performance from the pen of this 24-year-old Composer and Conductor.

‘The Pursuit of Greatness’ will offer a 90-minute musical programme featuring the works of several composers including Mendelssohn, Bardos, Ešenvalds, LaBarr, along with the featured performance of Handel’s first autographed work, ‘Dixit Dominus’.