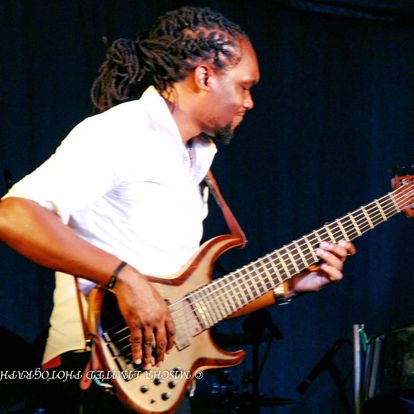 Category of Artist
Instrumental Soloist
Artiste, or LMD Artiste
LMD Artiste
Short Bio
Rodney Alexander (born Rodney Morris Alexander on March 08, 1979) is a Trinidadian “jazz composer, producer and multi-instrumentalist, best known as a bass guitarist. Rodney’s name has appeared within album credits which he has dazzled with performances, compositions, and productions in the company of the some of the world’s most respected and accomplished players and superstars from the mid-90s to the present. His resume includes the ability to play across the spectrum of musical styles: Gospel (Positive, Isaac Blackman and the Love Circle, Calypso/ Soca (Fayann and Invazion Band, Allison Hinds), Jazz (Elan Parle, Theron Shaw, and Vaughnette Bigford and world renowned Hugh Masekela), Reggae (Jah Cure and Richie Spice). As a producer, writer, and player he collaborated with Michael Low Chew Tung and various skillful and talented musicians to create the composition and album the “Trini Jazz Project” with a track titled “Country” being a favorite on this album which achieved overwhelming success. Rodney Alexander has completed the Artist Diploma program (D.A) at The University of Trinidad and Tobago where he is studying the Double Bass and opening new doors in his career. Rodney can only do what he does best which is being an asset to any musical endeavor he undertakes.
Genre
World
Last Name
Alexander
First Name
Rodney