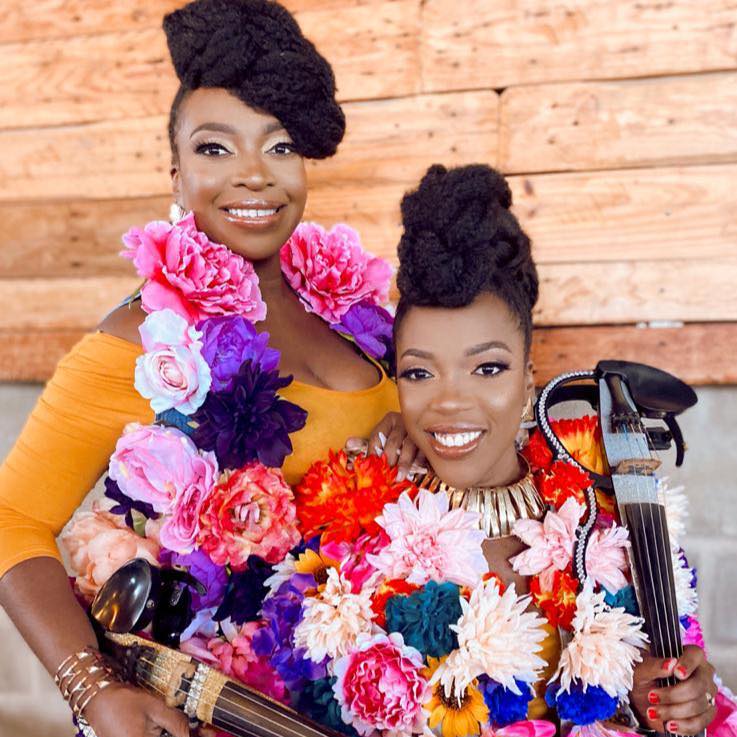 Category of Artist
Instrumental Duo
Artiste, or LMD Artiste
Artiste
Short Bio
A live experience with the Award-winning Xavier Strings (XS) causes music lovers to abandon any pre-conceived notions they might have about the violin and viola. Comprising siblings Janine and Janelle Xavier, this high-energy duo of instrumentalists has been captivating audiences for years with their expertly delivered fusions of Caribbean and world musics. From Calypso to Jazz, Reggae to Rock, Latin, Soca, R&B, Indian, African and Middle Eastern musics, XS has impressed audiences with their unique interpretive style and stagecraft. Performing as a band alongside other conventional instruments since 2011, Xavier Strings currently enjoys immense popularity on the entertainment circuit in their homeland – Trinidad and Tobago; and are viral sensations on Facebook. Their recent covers of Soca 2017 hit Full Extreme and Latin favourite Despacito have taken the world by storm. ​ In high demand at corporate and private functions, their slate of notable performances include: Festivals in New York, St. Vincent, Antigua, Barbados, Trinidad and Tobago; launching new products for Audi and Toyota; and the official reception in honour of Trinidad and Tobago’s Olympic medallists. Prior to appearing as an ensemble, the sisters had already signalled their enviable talent performing for BBC radio, and at reputable jazz and music festivals in the UK. ​ Scintillating and sassy, Xavier Strings plans to be a revered act in the arena of fusion music, fashion and finesse. From the looks of things, they’re well on their way
Genre
Soca
Last Name
Xavier-Cross
First Name
Janine

Member since 2 months ago
View Profile