Project Spotlight is an ongoing element of the Spotlight Programme. It involves the writing, production, recording and release of an EP of songs that have been crafted for with the intent to be shopped internationally for sync placement in films, television and other media. Each EP features 8 songs by the current crop of Spotlight Artists with some features from the Spotlight Alumni.

‘Project Spotlight II’ is an eight-track Album produced by MusicTT and features Blair, Carlton Louison, Candice Caton, Ishana, Shurnelle and Yelena; six artistes who have successfully completed the training process of the Spotlight Programme. The album is a single-issue release and will be shopped to international music catalogues for sync opportunities. MusicTT once again engaged the services of music industry powerhouses, Darryl Gervais and Jhay C to make Project Spotlight II a reality.

It is now available to the public via all major streaming platforms. 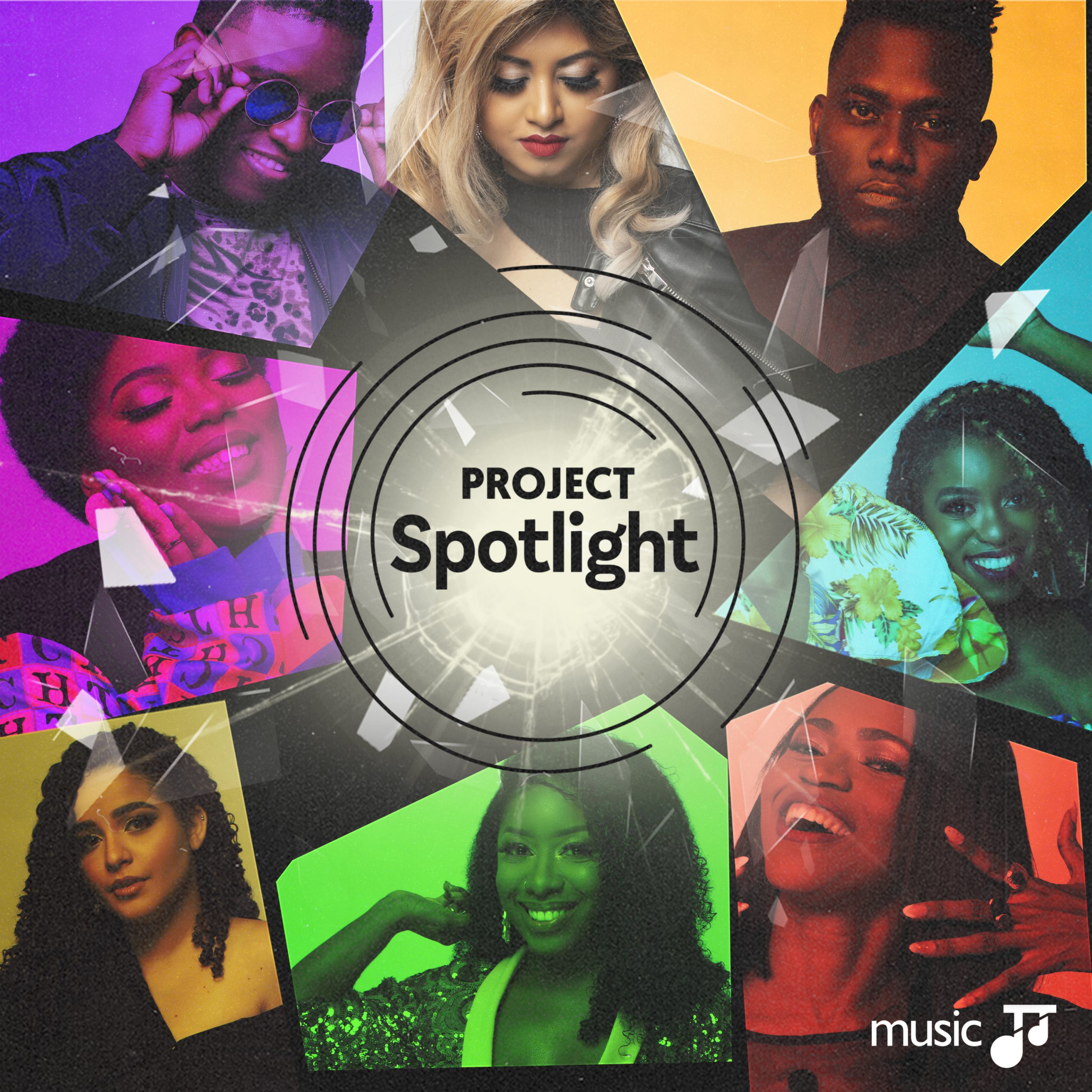 MusicTT has produced an eight-track EP ‘Project Spotlight’ featuring the eight (8) artistes in Cohort 3 of the Spotlight programme. The EP is a single-issue release and is being shopped to international music catalogues for sync opportunities.

Darryl Gervais, the most sought-after songwriters in the Caribbean who has successfully contributed to albums and growing catalogues for MegaTrax, Universal Music Australia, LA Records, Netflix, to name a few, is the executive producer of ‘Project Spotlight’ Project Spotlight’s production and mixing service were done by Jhay C of HCL, one of Australia’s most successful Urban Pop producer/writers who has multiple song placements in over 400 shows globally and in the US on networks such as MTV, DISNEY, NBC, FOX, Netflix and major sports franchises ESPN, UFC, NBA, NFL and WWE. He has had his songs featured on major films such as Hugh Jackman’s ‘Loganʼ and the ʼSimone Biles Story’.

Learn More about the Spotlight Programme